In a city full of fashion (home of haute couture) the last thing I would ever have dreamed about is a pair of jeans…especially jeans made for cowboys and girls back home, not that I have something against them it’s just I stopped wearing western wear circa 1996.  Maybe I’ve got a little homesickness going on or just a sense of Texas pride running through my veins, but while strolling about I’ve  seen some pretty hip Parisians sporting the Wrangler brand.  Yes, that’s right Wranglers!  Who knew they were international?  So, the Chef and I went on hunt to find these jeans because they don’t look like the ones you’ll find at Cavenders or any western wear store in the states.  In fact, while on my hunt I even called the corporate headquarters in the US to see if I could buy them back home–nope.  They are specific to Europe and only Europe!  Interesting, but I don’t understand why.  Maybe someone could explain.

After doing a little research, this is what I found when comparing the US and European ads for Wrangler.  In (Europe) Paris Wrangler is trying to go for your inner wildlife with a campaign called “We Are Animals” which was released in 2009.  Parisians have been known to act like animals in the past (Revolution) so maybe this will hit that nerve, weird, but whatever sells I guess go for it. 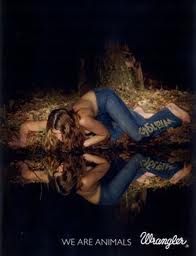 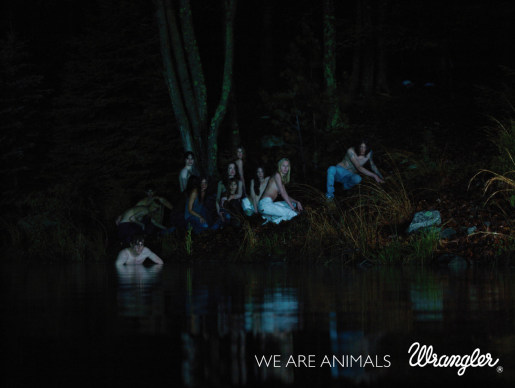 Then you have the opposite for the US market and Wrangler.  It’s all about football, family, rodeo and NASCAR…a causal, relaxed lifestyle.  No hiding in the trees, drinking from a pond or deer in the headlights here.  That would scare the US consumers to the core.

And finally–the Wranglers I purchased–a small challenge to find but worth the hunt!  The Chef had no luck, as all the men’s stores were currently out of stock or didn’t carry them.  No worries on me finding that “inner animal”–you won’t see me belly sliding into the Seine or crawling through the Bois de Boulogne with these babies on…at 105 euro a pair they aren’t getting anywhere near mud or stinky water! 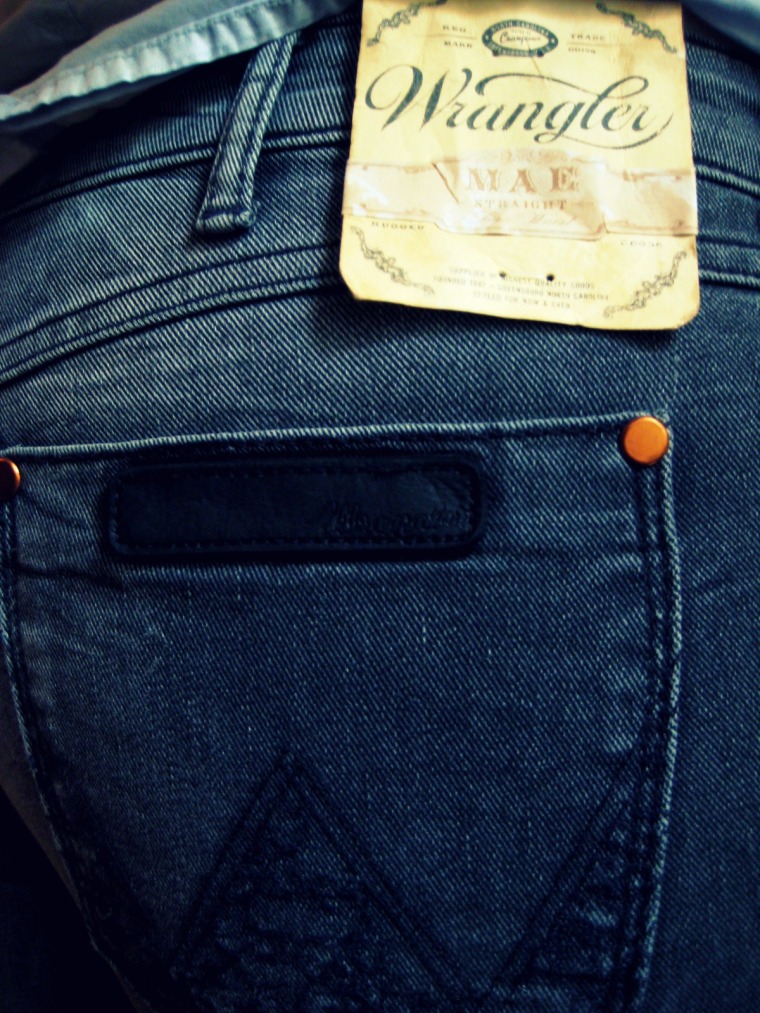 So which do you like?  European Wrangler or US Wrangler? I personally like the European Wrangler jeans over the US, but the ads are a little startling.  They remind me of a Twilight meets The Animal with Rob Schneider…but that’s my take on it.

3 thoughts on “Urban Cowgirl in Paris”