I once read that when you have children, you as the parent become a child again.  I’d say that’s pretty much the truth.  I’m not going to deny that I’m not living out my childhood again through my daughter.  I know I am, and possibly living out my silly frivolous 18th century French princess fantasies through her as well.  She’s like my life-size baby doll that I tote around everywhere.

I actually had the theme of her first birthday in my mind the moment I found out she was going to be a girl, but it was really set in motion when she was about 2 months old and I saw this one particular “oh-so girly outfit” by a couture clothing company out of Australia named Dollcake.

So naturally, a Marie Antoinette “Let Them Eat Cake” party was an absolute must (even though MA never said that phrase, it was actually another queen way before her time).  I mean, there was no way around it.  It was going to be a scene straight out of the 2006 Sofia Coppola movie.  The only thing missing, which was really a huge deal, was Baby Pear’s dear Daddy, the Chef.  Via FaceTime, he was able to see the pastel prettiness and his little princess, but we all so wished he could have been there in person.  We’ve made a plan to recreated the party in a few weeks with one of Baby Pear’s BFF’s who happens to also be a May 2015 baby. 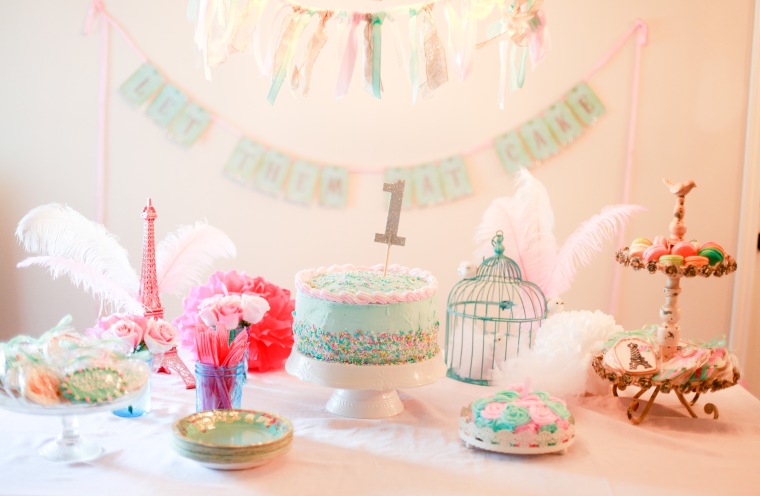 I’d like to thank my very best BFF, Kerri, for the beautiful cakes.  I gave the girl a photo of a Sweetapolita cake from Pinterest and the chicka nailed it! If you don’t know Sweetapolita, then you need to.  Beautiful cake photos, a cookbook and even sprinkles that you can purchase on Etsy! Baby Pear’s cake has a combination of three Sweetapolita sprinkles.

I used Etsy to find the perfect cookies and macarons.  The cookies were the creation of The Fancy Lady Gourmet and the macarons were by Elle & Merced.  If the Chef had been home, he would have made his baby girl macarons, but he wasn’t so we had to find the next best option.  No Marie Antoinette party is complete without French macarons! Again, I was blown away by how spot-on they were when they arrived. 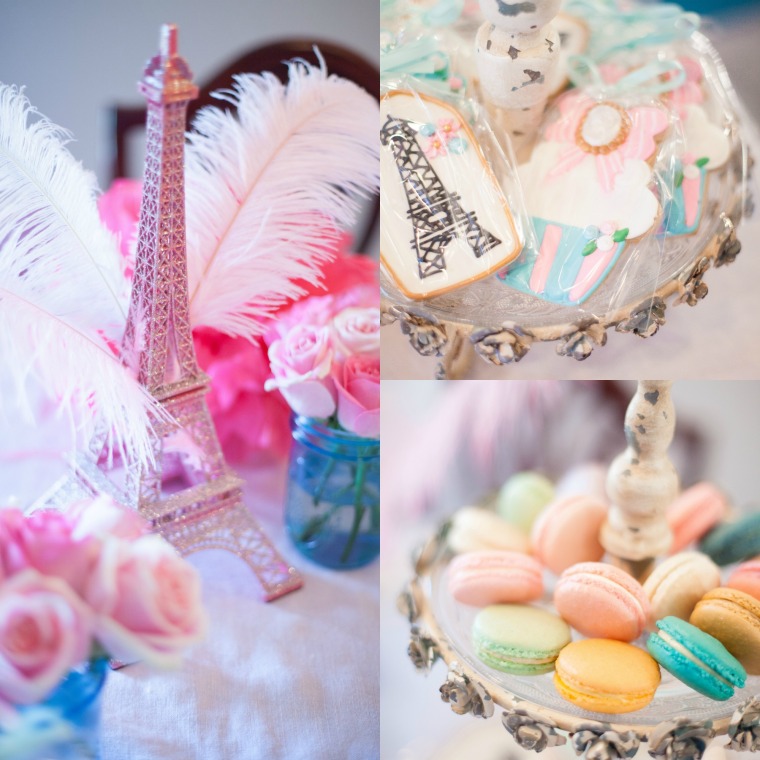 The Chef’s Mama hosted the event in her new home and helped with the food preparations.  Guests enjoyed her signature sweet dough rolls that she had made into small deli sandwiches.  It was all washed down with homemade pink lemonade! 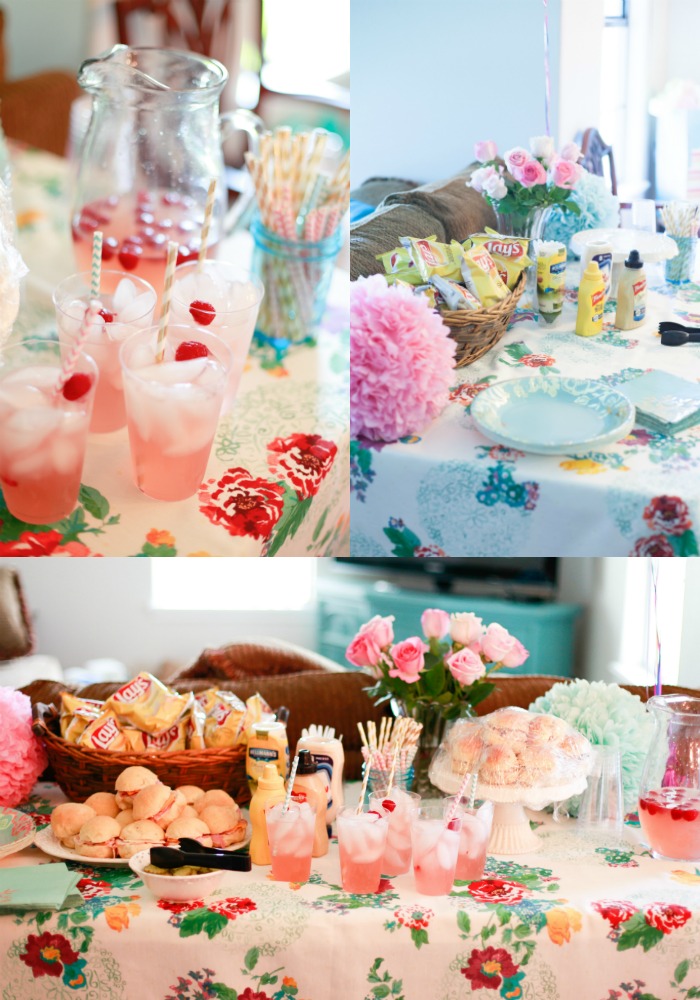 And here’s the dollbaby! She’s not one for getting messy, so she carefully tasted the icing with her index finger….like a princess would do 😉 No cake smash for this girl.

Her fascinator birthday crown and bunting are by another talented Etsy shop owner, QueenieBabeBoutique.  I actually wanted one for myself.  ha!

And the outfit that started this whole thing…  Bunny Kisses is its name! I’ve had it in her closet since she was 3 months old.  Just waiting for this moment…